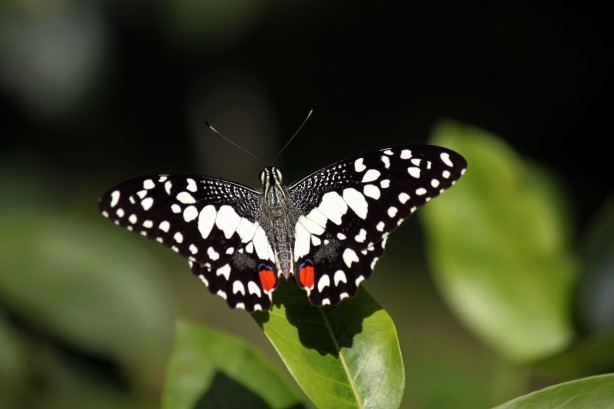 In our land, the land of the great mountain range there was no color. In fact there was stories of some Apaches in far away places that no where on Earth had color anymore. This befuddled our people, but life carried on. The children still played, the men still worked, and the woman still wove. They lost the smiles on their faces, but they pushed through their sorrow.

Twice a week the elders of the Apaches would lead and gather all of the people and perform dances to The Creator to bring the beautiful colors back to the world. After months and months passed no answers or any signs of communication. But once on a warm Fall evening there was a phenomenon like no other.

They danced with their grey beads and their grey deer hides. During the cry of the songs a rapid flutter erected from the horizon. The sound grew louder and louder with more strength every second. It was a swarm of a thousand Grey Flies. They flew in a spherical formation 100 feet wide. The roar of the people suddenly stopped. The jaws of each and every face were ajar. The Grey Flies continued to dominate the sound of the spiritual arena. The Grey Flies morphed into a dark, eerie face. Then a deep mutter of words were spoken.

“I know what you seek” said the voice. The crowd was still silent. “I know where to go” whispered the voice. “You must stand below The Sun, you must follow me.”

The swarm of Grey Flies moved slowly due East in anticipation for the others to follow. The Apaches were all skeptical at first but insisted on going. After all, they wanted their color back.

A lonely Apache mutters to himself “It’s him.” They continue to walk until the Grey Flies stopped the voyage for rest. They were waiting for the sun to reposition their destination. After many weeks of climbing and walking through treacherous terrain The Grey Flies stopped, they have reached their destination. They began to reposition into the face again. The voice returned:

“When I created this planet, I put The Sun in charge of giving you light and beautiful color. That color has been stolen by a creature that is so greedy. He stole the color of your natural world. You must get it back. You must obey his every request and he’ll give you the color back.” Before anyone could interrupt the the Grey Flies were gone and the voice never returned.

The people fell asleep where the sun stood at the time of the voice, the sun set. During the lightless night a burst of light blasted the entire country. It was The Butterfly. He was 1000 feet tall and 5000 feet wide and he had every single color on each of his wings. His body was luminescent just like the sun. The people immediately fell to their knees and began begging for their color back. The Butterfly could say no words but he could only fly to where he wanted something.

They followed his tracks to a lake shore where they saw a large island with a broken wooden canoe with honey seeping from its cracks just off its shoreline. The Butterfly had been living on this island in seclusion for many weeks. The Apaches begin crying and stomping all around the shore line in sorrow and anger. A solo Apache swam to the shore of the island to talk to The Butterfly.

“How’d you do it?” asked the Apache. “At night… No guard… Easy steal” responded The Butterfly. “Look at us, we are nothing without our beauty. We can not live like this!” Exclaimed the Apache with tears running down his cheeks. “If I give back… I die… I’m mortal… I’m fragile” replied The Butterfly. The solo Apache and his peers returned home with their heads hung low. They continue their daily duties and their jobs.

Life was back the way it was until The Butterfly returned to the village. As everyone ran into their huts he stops them. He told everyone that he is sorry and wants to give everything back to the people

“But won’t you die?” asked an Apache. The Butterfly responded: “Yes, but don’t you see. Having my life better than everyone else is not worth me living. I would rather sacrifice my existence than to live in triumph while others live in grief, and I see that now.”

But before anyone could interrupt, The Butterfly flew to the highest peak in the great mountains and took a deep breath. He then flapped his enormous wings spreading huge splats of color to every living and nonliving object. The Butterfly then shriveled into a grey coil of transparent thread­like structures.

The Grey Flies returned the village as soon as the color was back on Earth. The eerie face morphed from the swarm of Grey Flies once more: “No! Look what you have done. The Butterfly is dead. He gave the almighty sacrifice and he is dead.” The people were baffled. They were confused as to why The Creator could be angry. “No one should ever have to suffer for giving up their live.” The Apaches realized that The Butterfly had notice the harm he was causing to the world. The Creator speaks again: “I have an idea, I can not bring back The Butterfly but I can give you something to remember him by.” Those were the last words the Indians ever heard from The Creator.

The next morning the Apaches woke up to tiny rapid flutters of wings. There were hundreds of them spread throughout the valley. They were beautiful, colorful, and fast. They flew from bush to bush, and flower to flower. They never made a sound.

As the days went by the happiness throughout the entire world increased by 1000 times. The Creator even gave Earth a sun during the night to guard and watch over all the colors during night time. The Butterfly lives there. He lives will all of those who gave the almighty sacrifice, The people called this “the moon.”

Yes, these were the best of times. But no one ever forgot about The Butterfly. He gave his life to preserve the smiles on the faces of the people of Earth. They say sometimes, on a really dark night if you look to the highest peak of a mountain you can see his light. He might of died before he lived a full life, but to the people, he forever lived as The Immortal Butterfly --By: Michael Piazzini